What Is a Bitcoin?

Eight years ago, an unidentified individual or group developed the first cryptocurrency, a person-to-person electronic cash system now called Bitcoin. Bitcoin’s value has sky-rocketed year-to-date, bringing it to the forefront of market news.

Is it an asset of value like a DaVinci or gold?

No, it is digital code (“bits”) which is transferred from one owner’s computer to another. Bitcoins are created based on solving complex mathematical problems by large computers. This is called “mining” bitcoins and mining stops when there are 21 million Bitcoins, a stipulation set forth by its founders. As of June 2017, there were 16.4 million Bitcoins. They may hold some value due to the limited supply, but gold, silver, oil and diamonds have essentially fixed supply and have not had similar price increases.

The rapid increase in the price of a Bitcoin this year is reminiscent of past manias such as the trading in tulip bulbs in Holland.

That bubble ended badly for many who thought they could make a quick profit. At least in the case of tulip mania, you were left with a tulip after losing most of your money. A bulb is better than a “bit”.

Bitcoins, like all currencies, are not backed by any tangible asset of value.

Like Dollars, Euros and Pounds, Bitcoin is “fiat money” – established by a government or other entity as a means to facilitate trading in goods and services (the word “fiat” is derived from the Latin, “let it be done”).

There is no government standing behind Bitcoins. There is no central bank ready to act during a crisis to stabilize the value. There are no courts, laws or armies to enforce Bitcoins transactions. Its price in relationship to other currencies is set entirely based on trust among a global community of strangers.

Consumers rely on collective trust in agreeing to exchange one currency for another. Most global currencies fluctuate but are relatively stable, permitting vendors to price their goods in any of the major currencies and be confident in how much they will be paid. Bitcoin, on the other hand, is highly volatile. In May of this year, it dropped 30% in value over two days. On the upside, it is not unusual for the cryptocurrency to increase 15 or 20% in a day. With this much fluctuation, it is almost impossible to price goods and services in Bitcoin.

Who would trust Bitcoins rather than U.S. dollars or gold?

1) People who have no faith in the ability of central banks to avoid hyper-inflation.

2) People who have a need to transact in secret, avoiding the ability of all governments to monitor them.

The danger of hyper-inflation exists but is highly unlikely. Inflation remains below target in most economies and central banks are starting to withdraw some of the currency they created over the past decade. In the highly unlikely event of hyper-inflation across all the major currencies, why would we trust an 8 year old currency? At least gold has been a store of value for thousands of years.

Bitcoins do permit moving money secretly and without the inconvenience of storing large quantities of hundred U.S. dollar bills. This does not contribute to the public good and we see no need to support those who have to transact outside of regulated currency markets.

The value of a Bitcoin is based on nothing more than the hope that a future buyer will need it as much as the seller. The value is not substantiated by underlying fundamentals. Buyer beware! 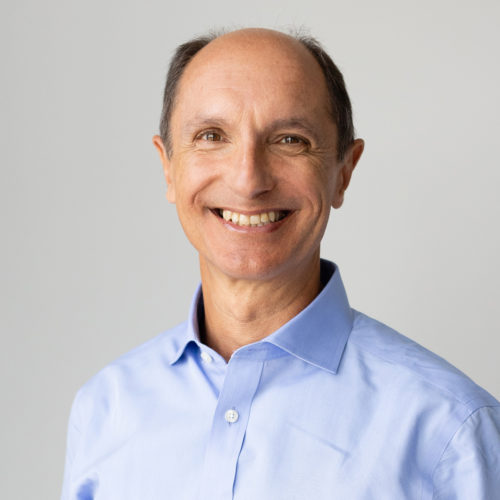 As Adjunct Professor of Finance at NYU’s Stern School of Business, Lex teaches the MBA course on wealth management. He has a BSE from Princeton University and an MBA from Harvard Business School.
The information provided is for educational and informational purposes only and does not constitute investment advice and it should not be relied on as such. It should not be considered a solicitation to buy or an offer to sell a security. It does not take into account any investor’s particular investment objectives, strategies, tax status or investment horizon. You should consult your attorney or tax advisor.
A Letter from Our Founder
Our Original Values Carry On
SHARE THIS ARTICLE
JUMP TO COMMENTS
ARTICLES YOU MAY ALSO ENJOY A Fresh Financial Start After Divorce Why I’ll Always Be Optimistic About the Market

The Legal Choices in Divorce Newlyweds: Start Your Marriage with a Healthy Financial Mindset