While HTG’s clients live in many different states, the highest concentration is in Connecticut, our home base. With apologies to our clients who live elsewhere, this article will focus on recent developments in Connecticut with regards to estate and income tax planning.

The Connecticut estate tax rate on assets in excess of the exemption continues to be 10% to 12%.

As long as there is a disparity between Connecticut and federal estate tax treatment, individuals will need to consider the impact of state taxes and not focus just on federal tax. Many estates that escape federal tax will face Connecticut tax. And, given the lack of portability between spouses, married Connecticut residents need to be sure their estate documents and assets are correctly positioned to take advantage of whatever state exemption is available, even if the estate is as low as $3 million.

Connecticut adopted new POA law in October, 2016, the goal of which is to make it easier for POAs to be accepted by banks and other institutions. The new statutory form can be customized but it has a uniform set of provisions and definitions.

Connecticut has a new statute known as the “Revised Uniform Fiduciary Access to Digital Assets Act” which authorizes your appointed fiduciary (e.g. executor, trustee) to access your digital assets and accounts. A consent form can be signed separately from your POA or can be incorporated into a new POA. Given today’s heavy reliance on the internet to manage personal and business affairs, it is critical to plan for the preservation of valuable digital assets so they are not lost.

In June, 2017, Connecticut adopted the use of “Medical Orders for Life Sustaining Treatment” after a pilot program beginning in 2014.

The Connecticut MOLST is a voluntary additional planning tool to an advance health care directive. (Some patients may have already completed a living will and may have both documents.) MOLST orders are for patients who are at the end stage of a serious life-limiting illness or in a condition of advanced chronic progressive frailty as determined by a physician or advance practice registered nurse. The MOLST form documents patients’ decisions in a clear manner that can be quickly understood by all providers, including first responders and emergency medical services (EMS) personnel. It is a medical order signed by a doctor, contains treatment instructions, and outlines the patient’s choices about the use of life-sustaining treatments.

Many states are looking for ways to soften the impact of the new $10,000 cap on state and local tax deductions, also known as SALT. While the IRS may try to stop creative workarounds, Connecticut is among those states inventing new strategies. Recently the legislature passed two provisions to try to protect the deduction of state tax. The first provision allows pass-through businesses (LLCs, S corps) to pay taxes at the entity level. This allows them to claim the state tax as a deductible expense against federal taxes and for members to receive a state tax credit. The second provision allows municipalities to provide a property tax credit to those who make voluntary payments to municipally approved non-profits.

The IRS is likely to combat these and other creative solutions, so stay tuned for more on this later in the year.

For more information on the Tax Cuts and Jobs Act of 2017 and tax changes on the federal level, read our blog Important  Changes in Tax Law that May Impact You.

Robin is a CERTIFIED FINANCIAL PLANNER™ practitioner and a registered member of NAPFA. She has an MBA in Finance from the Wharton School at the University of Pennsylvania, and a BA from Colby College.
Rising Interest in Sustainable Investing
Freshman Year in Retirement – A Retrospective
SHARE THIS ARTICLE
JUMP TO COMMENTS
ARTICLES YOU MAY ALSO ENJOY 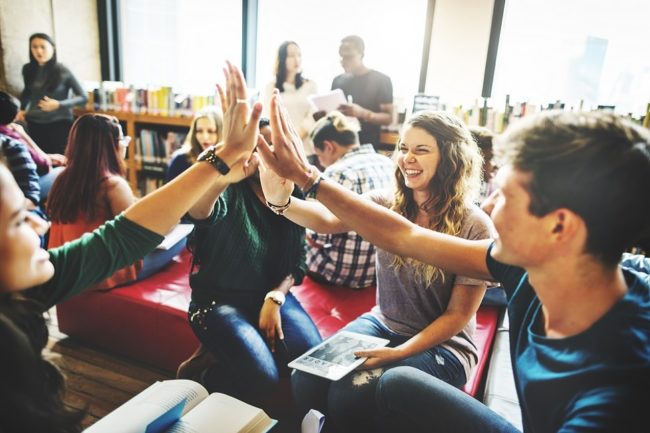 Expanded Use of 529 Savings Plan Under the New Tax Rules