My father, Frank Sherwood, passed away recently, missing his 99th birthday by a month. He was a distinguished scholar and professor of Public Administration, but he started his work-life as a journalist and newspaper owner. He had a lifelong commitment to writing and communicating, so that when I became a financial planner, he insisted I start a newsletter to educate and inform my clients. He was my editor, assembler and often contributor. Below is an excerpt from one of my favorite articles, in which he shares his thoughts on turning 80. Given his longevity, it may be worth considering his advice!

When one achieves the age of 80 and remains in fairly good health, there is the understandable inclination to feel that he or she has done something right. It is in these terms that I undertake this effort to examine my experience and to report what I think worked for me.

In all this, there is an important reminder. Health is everything. When one is young, good health is taken for granted. As one ages, it becomes increasingly apparent that good health is not a given. There is something of a paradox here because the people who should be thinking the most about good health and what they must do to maintain it are the young people. When one is old, it is too late to get on the right track.

While there are many threats to our health today, in addition to all the problems posed by increasing environmental pollution, there appears to be less fear of catastrophic disease than was the case 70 years ago. In my childhood, I felt vulnerable, and that may have caused me to prize my physical well-being a little more. Polio was my big fear. It seemed to strike so suddenly and without much reason. There seemed no way to fend it off. Only when the vaccines appeared in the middle of the century did I find that I could dispense with the fear of polio.

In retrospect, there is little doubt in my mind that the smartest thing I did to preserve my health was to forego smoking. Today, no reasonably intelligent person will argue with the proposition that smoking is an easy way to fulfill a death wish.

There is not much to be said on the matter of sleep, except that I am convinced a person takes a chance when slumber does not occupy 7-8 hours a day. A year or two after Wendell Wilkie was defeated for the Presidency by Franklin Roosevelt in 1940, I read an article about him. It said that he read a book a day, and he was able to accomplish such a feat because he slept no more than four hours a night. I remember feeling very envious. Imagine having an extra 4 hours in which to read! Every day! I made a try at getting by on 4 hours and found that I was a complete zombie. A couple of years later, Wilkie was dead. I think he was 44. I came to the conclusion that good health was more important than reading every book being published.

I have not felt much stress in my life, and so I cannot personally attest to the problems it can create in maintaining health. When I have experienced stress, except in dealing with physical things, I have always sought to do something about it. I innately know that prolonged periods of stress will exact their costs, health-wise.

Food-Not too Much and the Right Things

While there is much that could be written about food and its importance, I want to con­ sider only three aspects that I think have had some effect on my physical well-being. First, for reasons that I cannot really explain, I have never taken food terribly seriously. It is my theory that I have been content with small portions of food because I seem always to have been concerned about putting on weight…..the other reason is that I never wanted to spend a lot of money.

Second, fruits and vegetables have always been a big part of my diet. When I was a boy, I could go out in our yard and pick fruits that we do not see in the market anymore- figs, loquats, and guavas.

Exercise-Watching TV is not Enough

The evidence is substantial that consistent exercise is an important contributor to good health. Without thinking too much about it, I have been a convert to exercise throughout my life. One thing is clear; you should exercise right up to your capabilities. I have often thought that exercise is not easily recoverable in old age. If one has gotten out of the habit and let the muscles atrophy, there is not much possibility of getting started again. I do believe that the older one gets, the more important is exercise. I have found that a substantial amount of physical activity is necessary to enjoy a good night’s sleep.

I believe that one should make a major effort to avoid as many drugs as possible. Their costs are often horrendous; but, more importantly, they seem to have an imprisoning effect. And, as more are added, the chances of dysfunctional conflicts grow. That’s not to say there are not times when medication is vital.

The older you get, the faster life seems to move.

When you are 80, you feel that time is like a wink of an eye, even if that long. It certainly changes the view of time you had as a young person. But one thing doesn’t seem to change. That is your image of your inner self. Uniquely and perhaps strangely, feelings about yourself don’t really change. And that’s why it is important to have a grip on what’s important and what you need to do to be a fully functioning, active individual. It’s not just behavior. It is also attitude. It is highly important to feel good about yourself and about the world as friendly and supportive. 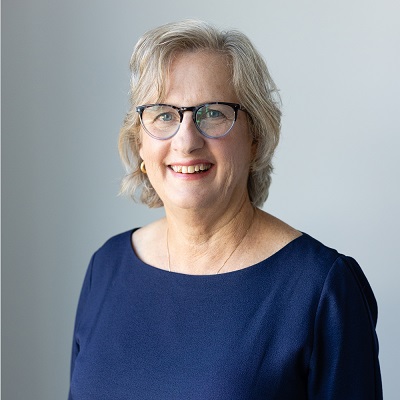 Robin is a CERTIFIED FINANCIAL PLANNER™ practitioner and a registered member of NAPFA. She has an MBA in Finance from the Wharton School at the University of Pennsylvania, and a BA from Colby College.
The information provided is for educational and informational purposes only and does not constitute investment advice and it should not be relied on as such. It should not be considered a solicitation to buy or an offer to sell a security. It does not take into account any investor’s particular investment objectives, strategies, tax status or investment horizon. You should consult your attorney or tax advisor.
Investing Through the Next Recession
Mindfulness and the Markets
SHARE THIS ARTICLE
JUMP TO COMMENTS
ARTICLES YOU MAY ALSO ENJOY What Does Your House Really Cost and Can You Afford It in Retirement?